Monitoring an infrastructure with several servers can quickly come up with dozen of counter metrics being collected. It can become tedious to find which metrics are off the line.

By defining thresholds on key counters, the user can focus on counters which are raising alarms. Instead of having to check every single counter metric manually, the alerting system raises an alarm when a counter metric goes above defined thresholds.

Threshold alerts are shown live during the load test to allow the user to quickly pinpoint backend issues.

A Threshold is the conjunction of several conditions which raise an alarm. It's defined several factors:

Example: Raise a WARNING when % Busy Workers is greater than 90% during 30 seconds.

Almost every monitoring module comes with pre-defined thresholds based on well-known industry standards. Those thresholds are defined on the most important counters.

In addition to pre-defined thresholds, thresholds can be defined and customized for each counter.

To add a threshold to an existing counter:

To edit an existing thresholds defined on a counter:

To remove an existing threshold:

Next sections are detailing each of the report items available. 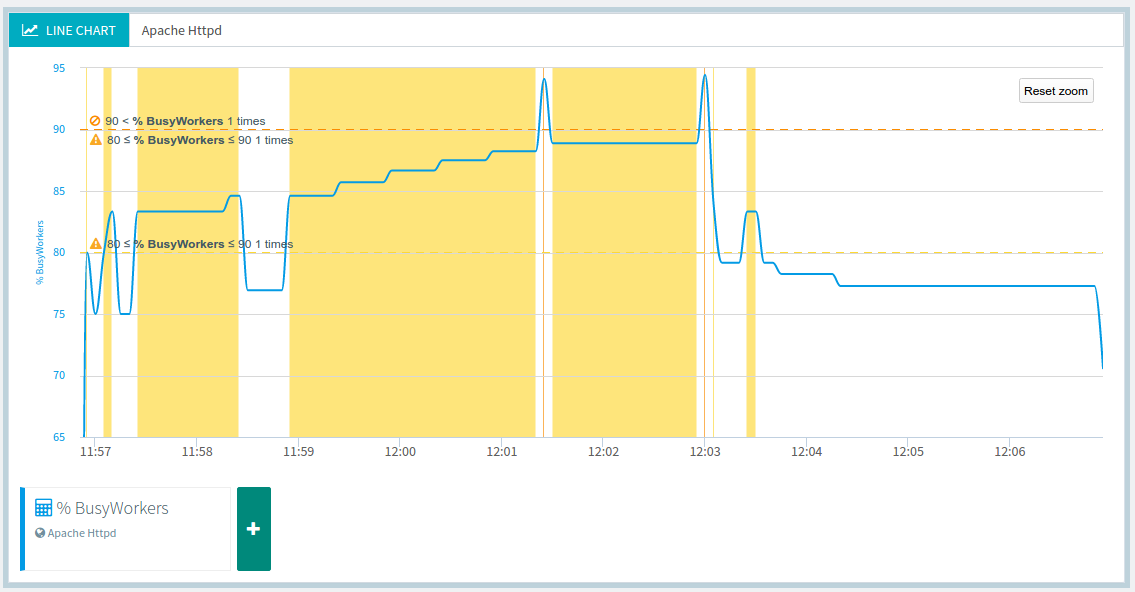 Thresholds and alarms associated to a counter are displayed directly in the line chart:

Threshold alarms are updated in real-time when the test is running. Line chart monitoring curves can be selected individually and customized. 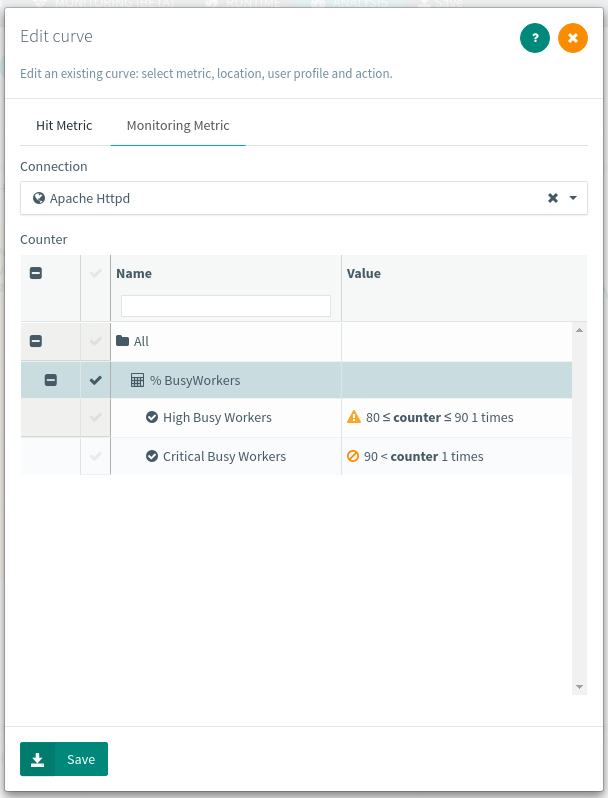 Listing of all the alert which occurred during the test.

The Threshold alarms table lists all the alarms which occurred since the beginning of the test:

Like line charts, this table can be filtered to display alerts occurring only for all counters of a given connection, or for a specific counter.